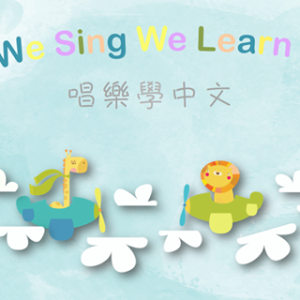 “There’s a reason we have two ears and one mouth. Listen first, speak later, then learn the grammar and write. Don’t rush into speaking. Learn the sounds of your languages first. It does not matter if at first you do not understand. You may start singing along without even knowing what you are singing. You are not only learning the rhythm of the language, you are learning new vocabulary.” — Polyglot author of “Language is Music,” Susanna Zaraysky.

Utah Dual Immersion teacher, Alisa Wu is, once again, offering her popular “We Sing, We Learn,” music-based Chinese summer camp. Speaking from personal experience, I can attest that she offers a rock-solid curriculum that engages kids and makes learning fun. More interesting –– and perhaps, persuasive –– is this excerpt from her website describing how her personal language-learning journey informs her teaching style:

Alisa grew up in Taiwan, where the native language is Mandarin. But “in response to an increasingly global economy, Taiwan’s Ministry of Education implemented policy, requiring schools to teach English (ESL) as a portion of their curriculum,” Wu’s website explains. At age 10, Wu struggled to engage with a “monotonous” English curriculum, it continues. “However, everything soon changed, as a teacher introduced the children to a popular American song, “Hello” by Lionel Richie, at the end of class one day. It was in that moment, as she found herself lost in the music, that she finally connected with the new language. She would translate the entire song that day, looking up every single word in the dictionary. She would never forget that day, and as the years passed, she became increasingly interested in a link between music and language, an interest that would influence both her education and her future. …As the years passed, Alisa enrolled at the Teacher’s college in Taiwan, where she was first introduced to the integration of activities and instruments in the classroom. The material that captivated her most, however, was the idea of transforming stories into songs; an idea that would first reveal, the ability for music and language to be taught together.”

Enrollment is open now for the week-long, split-day (morning and afternoon session) camps, which are held at Salt Lake Community College. You can find more information or register online at : www.wesingwelearn.com